On Wednesday, a panel of University of Missouri–St. Louis students and faculty members explored a facet of that paradox during“En Nuestras Palabras: Commonalities and Differences in Language, Experiences, and Identities.”

Part of UMSL’s Hispanic Heritage Month programming, the panel ran one hour and covered questions investigating the panelists’ many heritages around and experiences with language.

Some, like Hollenbeck, didn’t grow up speaking much Spanish.

“When I got to high school, there was a larger Hispanic population there, and I kind of noticed that I felt alienated from that population because I’m more light skinned and because I don’t speak Spanish fluently,” he said. “I knew a few words at the time, so I never really felt fully Hispanic, but I also didn’t really feel fully American because I did have the cultural background of being Hispanic.”

A job at the St. Louis restaurantMayo Ketchuphas helped Hollenbeck expand his language skills, and he’s felt more “integrated into the Hispanic community.” Fonseca Andrade, on the other hand, didn’t start learning English until she was 19-years-old. But like Hollenbeck, working in a call center helped her advance her language skills rapidly.

Though Rodriguez learned both languages from an early age, she initially felt almost embarrassed to speak Spanish in public. But as she got older, things changed and she embraced dual fluency and how it’s expanded her the ability to meet new people.

“I see it as an advantage now because I want to go into nursing,” she said. “I hope to use it while I work, especially with patients who may not speak any English. Because I know from experience, like my parents, who don’t really speak any English, I would always have to go to their appointments with them. So while I can’t legally translate for my patients, at least I can communicate with them, and I can make them feel more comfortable and less scared.”

Though many stated that the ability to speak Spanish wasn’t necessary for identity, it still served as a powerful connector to the past and a practicality in speaking with family members. Cohen asked the panelists if there was any pressure or expectations surrounding the topic of speaking Spanish.

“There’s this feeling of separation, like you’re a fake Mexican, or you’ve been whitewashed too much,” noted Hollenbeck, in discussing why improving his Spanish language skills was important to him.

For some, like Osuna, being bilingual came with its own pressures.

“To be that person that’s able to fluently communicate with other English speakers was important for me, just so that there aren’t any problems or anything,” she said.

Learning to switch fluently between languages has its own challenges – everything from not feeling the same in both languages to plucking out words in an unintended language on occasion.

But it wasn’t all challenges discussed – there’s also benefits that come with being bilingual and being able to mash up languages.

Rodriguez and her sister occasionally slipped into English when growing up to have a side conversation. Balogh appreciates the flexibility in mixing languages to find the best words.

“You kind of go through this, sometimes unconsciously, or subconsciously,” she said. “You switch to the other language, just because you are able to express something better in one language or another, depending on your experience. And that happens to me all the time.” 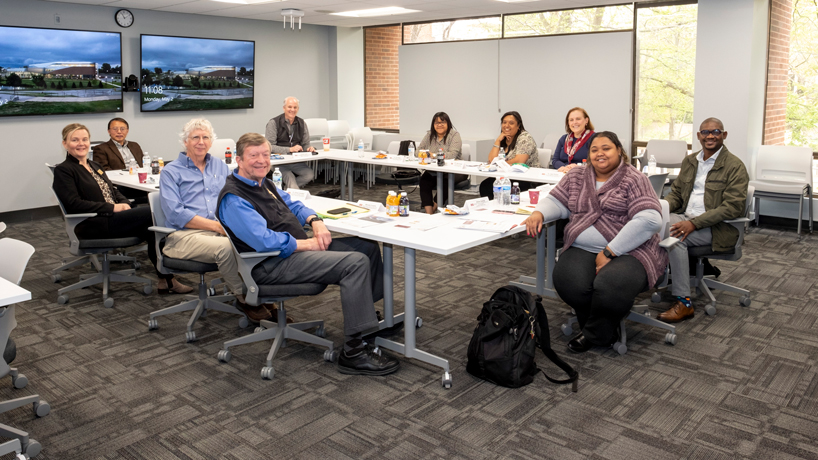 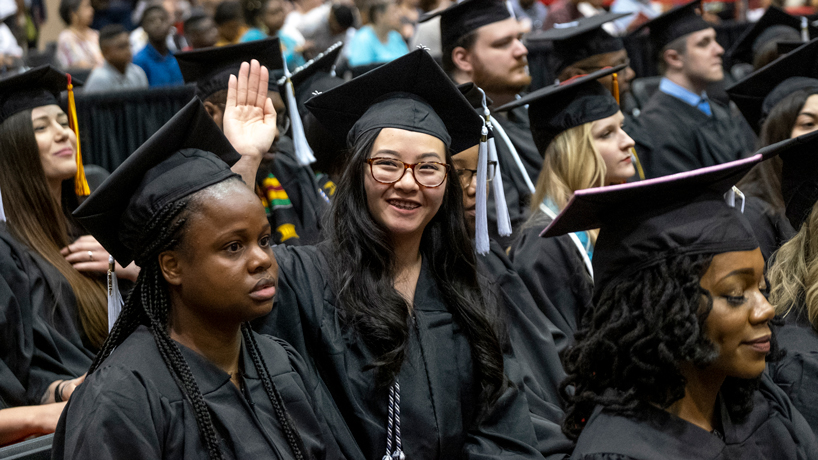 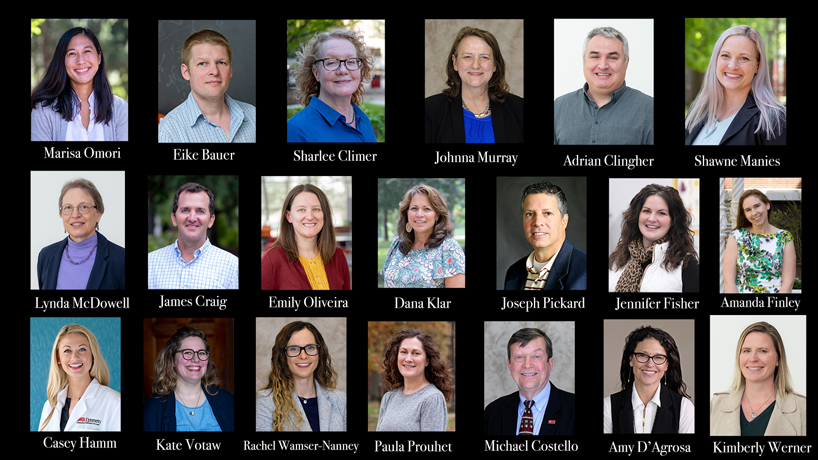 考古学家迈克尔Cosmopoulos当选为美国can Academy of Arts and Sciences

Eye on UMSL: Across the pond

Mirthweek brings people together for games, food and fun